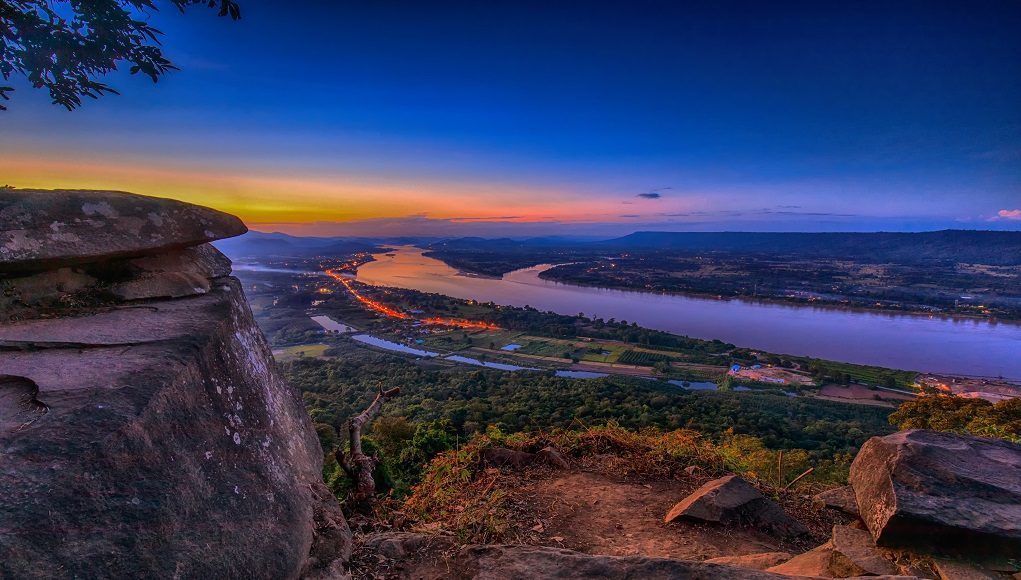 What do you think when hearing the name of Mekong river? Some say it is in Vietnam, while others claim it belongs to Thailand, Cambodia or Myanmar. So, which country which owns this river? Have you ever visited Mekong river in Thailand?

Mekong river Thailand has a long history, where populations have depended on it for thousands of years to survive. The first civilization recorded in 2100 BC, i.e. the Indianised Khmer culture of Funan. It was proven with the coins discovery as old as the Roman Empire.

Some European countries started showing interest to Mekong river in 1540, including Portuguese, Dutch, Spaniards and French. The river also witnessed history during the Vietnam War where its west bank in Laos was used as the basis for a raid against the communist forces. The anti-communist forces escaped to northern Thailand across the Mekong river. And it started the tensions between the US-backed Thai government and the new communist government in other countries, prohibiting the cooperation in using the Mekong river Thailand.

In 1995, Mekong River Commission (MRC) was formed and declared the Agreement on the Cooperation for the Sustainable Development of the Mekong River Basin. This declaration was signed by the governments which form the commission, i.e. Cambodia, Laos, Thailand and Vietnam, since the Mekong river itself has become an important part in economic growth and prosperity in Southeast Asia.

Interesting facts about the Mekong River

• It is the 12th longest river in the world and connects multiple countries. The river flows about 4,500 km from the Tibetan Plateau, all the way to the South China Sea, and cross through China, Myanmar, Laos, Thailand, Cambodia and Vietnam.

• It has many names, depending on where Mekong river location is. It is called Lancang Jiang in China, meaning turbulent river, while people call the Mekong river in Thailand and Laos as Make Kong or Mae Nam Kong which means mother water. It gets more commonly and internationally recognized as the Mekong. In Vietnam, however, the river is referred to as Cuu Long or nine dragons. There are also other popular names like Big Water, River of Stone and Dragon Running River.

• It is the lifeblood of the regional populations. There are more than 60 people depending on their primary source of income on the Mekong river. They make the use of the water flow for various purposes like fishing, agriculture, irrigation, cooking and also transportation. About 70-80% of people in Cambodia and Vietnam earn income from fishing in Mekong river.

• It is a biological treasure trove in the world, the second one after the Amazon River Basin. There are thousands of plants, fish, amphibians and mammals being recorded. Mostly, they inhibit the delta region like the Sarus crane, Mekong Stingray, Siamese crocodile and Giant Catfish.

The most favourite activity among tourists is taking a slow boat from Laos to Thailand and vice versa or simply reaching Chiang Khong on the Thai-Laos border from Chiang Rai. The trip takes one and half hour to finish. Meanwhile, you can enjoy the sightseeing on the cushion-finished wooden seats. This slow boat also provides foods and drinks as well as the clean bathroom. Some boats even have beds, letting the passenger take the holidays on the Mekong river in the more relaxing way. Do not forget to take time exploring the golden triangle, an ancient city of Chiang Saen when taking Mekong river Thailand tour. It is where you will find the remains of Lanna Kingdom, including Wat Chedi Luang temple.

How to go Mekong River

Transport to Mekong river can be taken by air, overland, train or sea. But mostly, travellers will enter Suvarnabhumi Airport first. If you decide to go to Mekong river in Thailand by plane, you can get the special ticket deal from Airpaz website. Happy traveling

Unique Place to Explore when Coming to Khao Yai

Osaka, One of Largest City in Japan With Many Attraction