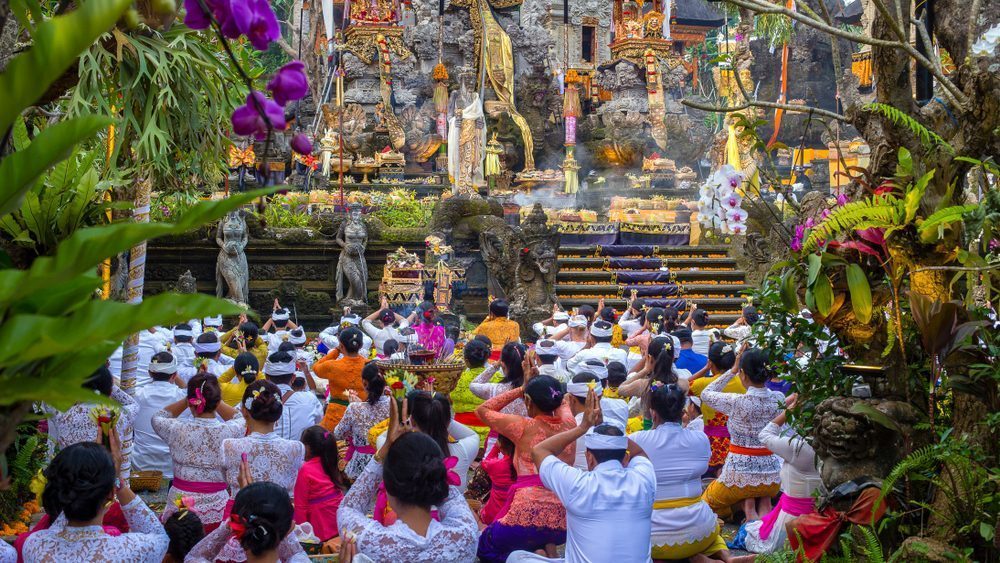 The Island of God or Bali is often called heaven on Earth. The beautiful nature, the peaceful air, and vibe, and the balanced mix of traditional and modern are well preserved. Coming to Bali has its appeal, but don’t forget that Bali is a place of tradition, so you must do your research before going to Bali.

There is something for everyone – whether you are an adventure junkie, a traveler looking for peaceful areas, or a modern tourist. Another unique thing about Bali is the fact that it is home to many of Indonesia’s temples.

One of the major appeals of Bali is the temples. Most of the people are Hindu worshipers so temples have been a part of their culture and tradition – which they hold very dearly. Each of the temples in Bali has its signature style so you can expect different construction and structure. Another appeal is the folklore and myths that are often associated with these temples. There are several attractions with their legends or stories that are filled with mythical beliefs.

There are several best temples in Bali popular for their myths. Each is located in its unique place – earning them a special nickname. In Balinese, the temple is also called Pura which is a place of worship for the Hindu religion. That’s why there are many Hindu temples in Bali. So, what are the most interesting Bali Temples to visit?

You can’t separate Uluwatu Temple Bali from its indigenous residents: the monkeys. They are the long-tailed macaques that are some cheeky and some playful. Not only you need to be extra careful when coming to the temple, but you also need to know the myth about the place.

It is believed that those monkeys were once the brave soldiers of Nirartha, the Hindu priest building the temple. He was also believed to build other important (and popular) Bali temples like Tanah Lot. Before he died, Nirartha changed his soldiers into monkeys and gave them the responsibility to guard and protect the temple.

A word of advice, pay attention to the Uluwatu Temple entrance fee. Some people may charge you higher for the extra guide service. Make sure to settle the matter of money before entering the temple.

Although there are many other Balinese temples on the island, Tanah Lot Temple Bali remains one of the most popular and also most visited attractions. It is also known as Sea Temple Bali because of the location. When the tide is up, it looks like the temple is completely separated from the main island and it stands on its own. It’s one unique characteristic of the temple.

Besides the location, it doesn’t hurt to know the myth about the place. The temple was believed to be built by Bhagawan Dang Hyang Nirartha, a Brahmin. He saw holy rays emerging from South Sea direction and then he instructed the construction of the temple. Another myth is about the existence of a spring producing holy water – and it is freshwater. It is believed that water can cure diseases.

There is also another myth that couples coming to Tanah Lot will likely break up. But strangely, the location is often used for the pre-wedding photoshoot location. People also like to come and give an offering.

Pura Lempuyang or Lempuyang Temple is a complex of Hindu temple with a trail going up to the top area of Mount Lempuyang. Mount Lempuyang itself is believed to be a holy mountain. About 7 temples are surrounding the mountain slopes.

According to the myth, the temple is considered the gate of heaven that leads to heaven or Pura Lempuyang Luhur. The temple itself sits on the top of the mountain. Travelers must not complain about their trip up. Otherwise, their trip will likely fail.

It means Temple of the Vast Garden, a worth visiting from Denpasar or Ubud. The place is filled with relief and statue from the Balinese myth to guard the temple towers. According to the myth, lotus flowers are Gods’ favorite perches. That’s why the temple has a lot of it.

The temple has a unique design that symbolizes the water flow harmony. In Bali culture, the water cycle is important and the temple’s existence is designed to support it. The water flows from the mountain to the rice fields and goes to the sea, and the cycle will start over again. You can see the sculpture when coming to the temple.

Also known as Holy Water Temple Bali, Pura Tirta Empul or Tirta Empul Temple is believed to have sacred springs. Worshipers believe that Indra, God, created the sacred springs. The water is said to have curative properties. If you take a look at the construction and the beauty of the ancient structure, there is a sense of peace and serenity. You can bathe in the fresh and blessed water if you want to.

Besakih is a Sanskrit name of Basuki, meaning congratulation. In Samudramanthana myth, he mentioned a dragon named Basuki twining Mount Mandara. It is a belief that Besakih is very old – older than Hinduism time with their Indian temple. The temple complex is constructed as a part of the cosmos balance. Feel free to see the inscription all over the temple.

If you are ready to come to Bali, make sure to plan. Make sure to prepare your accommodation and flights with Airpaz. You can choose air services like AirAsia or Citilink to get to Bali.

Bali Island, One Of The Most Visited Places In Indonesia

Bali, The Most Beautiful Island In The World