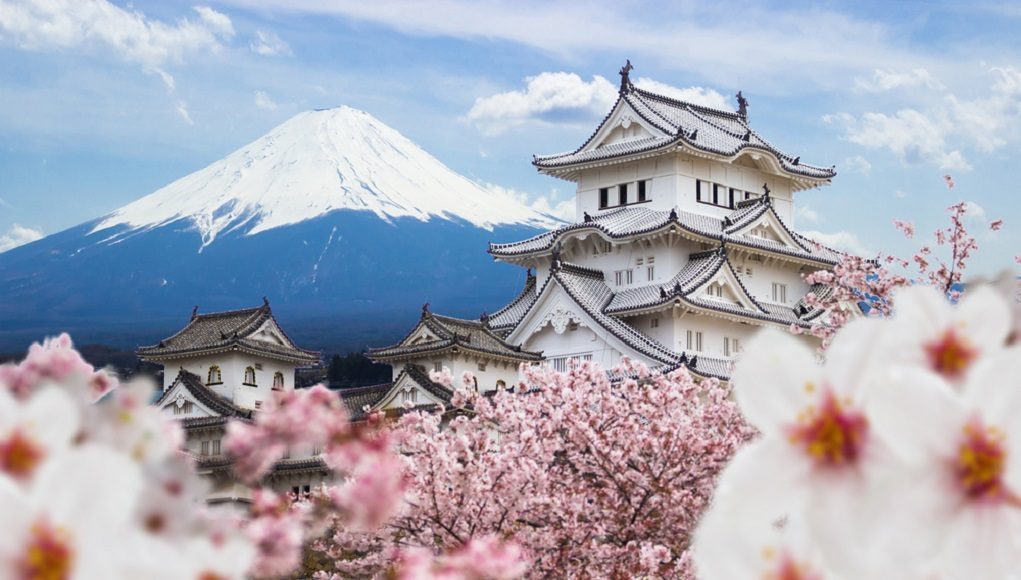 Do you know that Japanese people admire flowers much? You must have already known their famous national flower, cherry blossoms. But, flowers in Japan there are other beautiful and colourful ones like plum blossoms, pink moss and nemophila. Their blooming periods reflects the seasons.

According to the data, a particular flower species might blossom at the differing time across regions with varying climate. This makes flower viewing tradition (hanami) become routine activity all year round in Japan. So, you do not need to wait for spring season or cherry blossoms period. You have another alternative to experience how it feels to view blooming flowers like locals.

Some popular beautiful flowers for hanami in Japan

Ume or plum blossoms flower was the most priority flower for hanami before the Heian Period until the tradition perspective changed to cherry blossoms. This flower blooming period starts in February and lasts until March. If you want to see this flower, you can go to Dafaizu Tenmangu Shrine, Kairakuen Garden, Atami Plum Garden Festival and Koishikawa Korakuen Garden.

Pink Moss is also a popular spring flower in Japan. It usually starts to flourish in mid-April, reaches in full bloom in late April and lasts to early May. The best spots to view this flower are including Hitsujiyama Park, Takinoue Koen Park Shibazakura Festival, Fuji Shibazakura Matsuri and Hogashimokoto Moss Pink Park.

This eye-catching flower usually blooms filly from mid-April to early May. You can find it in Ibaraki prefecture, Hitachi Seaside Park. During the spring season, you will be able to see a sea of nemophila flowers covering the whole area. Imagine how breathtaking it is when you are enjoying hanami of the blooming baby blue-eyes flowers under the clear blue sky.

Wisteria, known as Fujo no Hana in Japanese, is a long trailing flower that has a vivid lavender colour. This is one of the important flowers in Japan’s culture and traditions. Take for example the famous classical dance of the Kabuki Theater called Fuji Musume or Wisteria Maiden. The pictures of the show are also popular and believed to bring good luck. The wisteria flower itself can be found in many gardens in Japan. The well-known ones are Kawachi Fujien (Wisteria Garden) and Ashikaga Flower Park.

Hydrangea or Ajisai is known as the sign of the rainy season which is also adored and honoured by most of the Japanese people. It usually blooms from early June to mid-July, notifying the coming summer. Depending on the acidity level of the soil and rains, Ajisai can have different colours, like white, blue, dark blue, blue-green, purple and light pink. A recommended place to see this flower is Hakone where you can also get the amazing views of Mount Fuji.

Lavender is one of most considered flowers in Japan. It has been cultivated for over half a century in Hokkaido, the blooming season is between mid-July and mid-August. If you want to see this flower, you can go the flew of lavender in Furano at Farm Tomita.

Flowers have high values in Japanese culture from ancient times. Some flowers bloom throughout the year, while others only have only limited time to live. But all of them are very beautiful. Even each of the flowers has its meaning. Take for example Ajisai (hydrangea) for apologies and gratitude, Rabenda (lavender) for faithful, and also Ume for elegance, faithfulness and pure heart.

Due to its deep meaning and appreciation, sending flowers as a gift becomes a sign of politeness in Japan. Are you interested to learn how arranging those different kinds of flower? This art is usually called as ikebana. Book the ticket flight now at Airpaz.com without having to wait for cherry blossoms period.

Meaning of Sakura Flowers in Japanese Cultures and Japanese People

Don’t miss it! Cherry Blossom Schedules and Locations in Japan 2019

Hamarikyu Park – Nature Gateway in the Heart of Tokyo