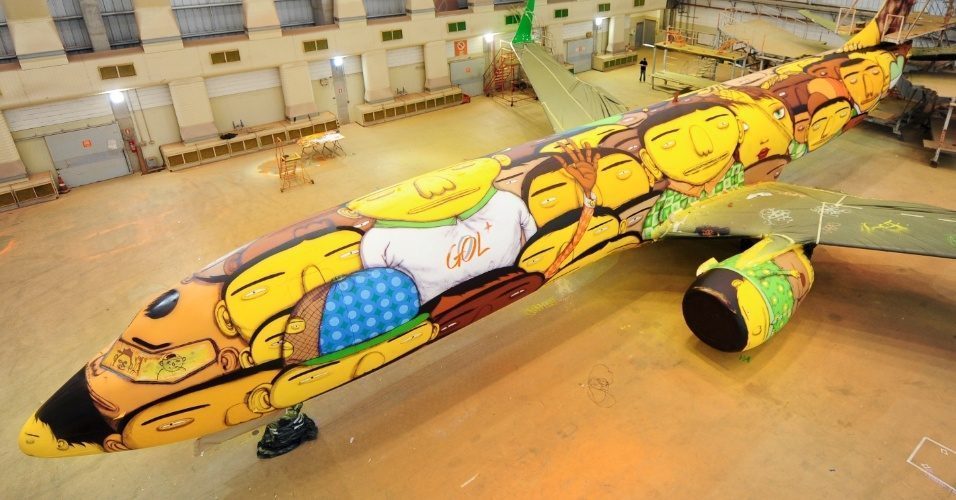 For World Cup 2014 ,There are something special and unique on Travel Accomodation of national football team of Brazillian during the World Cup 2014.

The Boeing 737 aircraft was painted by brazillian artist, twin brother who go by the name “Os Gemeos”

The Boeing 737 aircraft of Brazillian Airline Goal was presented  to the media at Confins International Airport in Belo Horizonted  as the host cities for 2014 World Cup in Brazil.

According to the design, it took the one week and 1200 cans of spray paint to complete the plane.

The Twin brother of ” Os Gomeos”  Octavio and Gustavo Pandolvo are legendary graffity artists. Covering most of the plane with their signature yellow characters , which coincidentally is the colour of the team , they created the uniq art piece that will surely become one of the landmark images from World Cup.

After the event, the plane will become regular part of GOL fleet and will be used as such for at least two more years.

Tips on How to Get the Most Out of Ramadan Period

List of Countries with Most Infected Patient from Coronavirus

Airpaz provides an easy solution for anyone to get the best ticket's price by combining all available promotions from more than 100 airlines and 250.000++ routes around the world.