Get Exciting Experiences of Exploring Korea

Korean fever seems to have spread everywhere. K-Pop, drama series, or other things related to Korea are very popular these days. This makes many people from various countries interested and want to know more about the exploring Korea, a country which is also known as The Land of the Morning Calm.

All Things You Need to Know about Exploring Korea 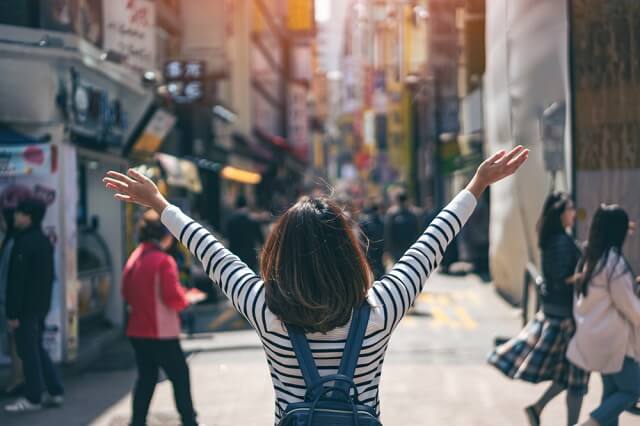 As you all know Korea has two regions namely South Korea and North Korea, each of which has its own uniqueness and appeal. If you have plans to travel to Korea, you definitely need to have more info about Korean tourism so that it makes it easier for you to arrange your travel plans. Here, all things you must know about Korean tourism so you will enjoy your vacation more excited. 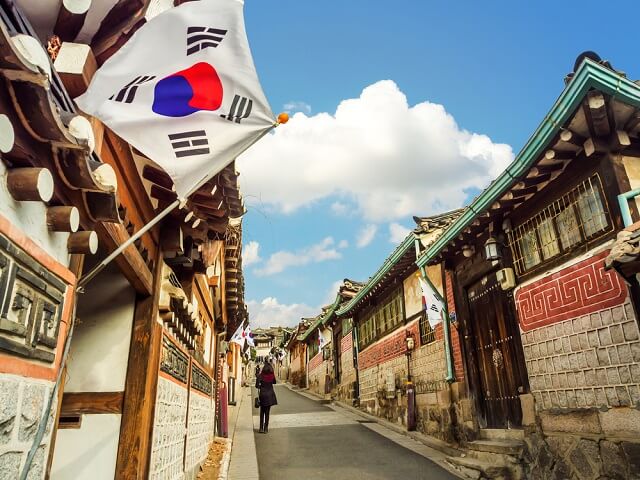 K-Drama series or K-Pop originated from South Korea. This makes Korea more known to the world so that more and more people want to get to know and visit there. There are many tourist attractions can be enjoyed while visiting South Korea. 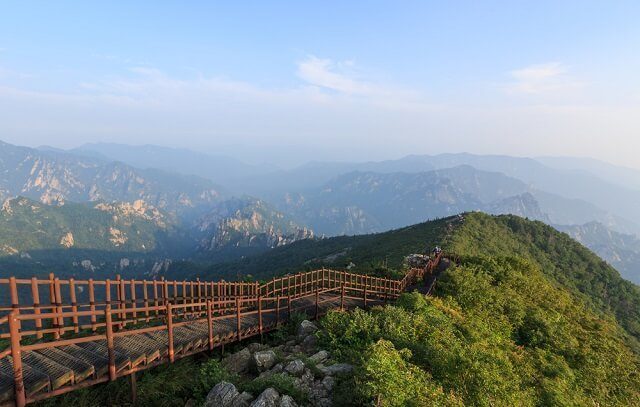 This national park is located in a mountainous area in Gangwon, about 3 hours from the city of Seoul. This area is the location of the highest mountain in the Taebaek Mountains. In addition, this area is also recognized as a protected area for biodiversity.

This national park offers very beautiful and amazing views. The cliffs are pale so they look like eternal snow. This area is very suitable for lovers of hiking sports. You do not need to worry because there is a hiking trail that is not too sharp and built a special track so that anyone can be comfortable and easy to pass.

A bay in Jeollanam is claimed as The Ecological Capital of Korea. This place is also home to around 140 species of birds. The tourists can really enjoy the beautiful views of the widest thatch plants in Korea.

If you are curious, you can come directly there. To enter the area, you have to pay a ticket for 4000 won. The best time to visit there is during the fall, which ranges from September to November.

The swampy area located in Changnyeong Gyeongsangnam is much admired by tourists who visit. The Upo Marsh area has a very thick layer of humus formed by decomposing organic material. Visiting this area in different seasons will get you different panoramas as well. In spring, the swamp has a greenish color. In summer, the swamp changes with the colors of wild flowers. When autumn comes, the swamp has a brownish color from the growing weeds. Moreover, when winter comes, the swamp is shrouded in snow and completely white.

You have to pay an entrance ticket when you want to visit Upo Marsh for 2000 won for adults, 1500 won for teens and 1000 won for children. 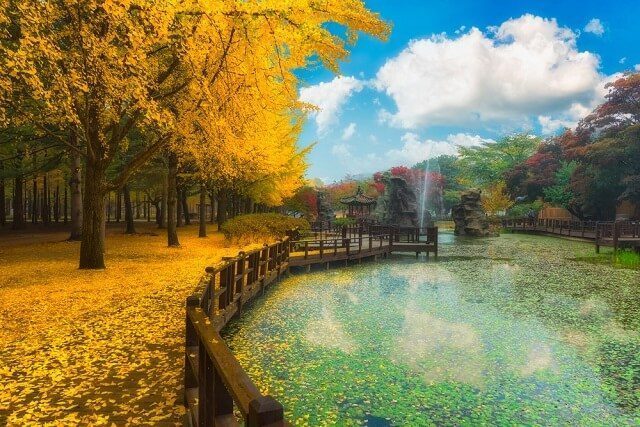 For lovers of Korean dramas it is certainly no stranger to Nami Island because it has often been used as a place to shoot one of the most popular Korean dramas. This island has dense trees and is always beautiful in any season. Besides having an amazing view, this island also provides a variety of restaurants or lodging. In fact, tourists can also try to make handicrafts from clay that can certainly be an interesting and unforgettable experience. 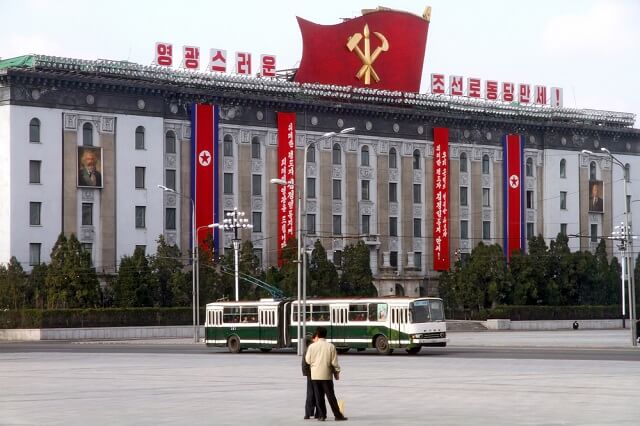 North Korea is better known as one of the countries that often make a fuss in the international world, especially with its nuclear weapons project. In fact, this country often invites the war of a single family, South Korea. The country’s unfavorable condition has weakened the tourism sector in North Korea. Many people are afraid to visit the country. However, do you know there are actually many attractions in North Korea that are interesting and beautiful?

This is one of the most attractive tourist attractions in North Korea. The mountain, located in the northwestern region of Samjiyon Regency, or about 385 kilometers from Pyongyang, is the highest and most beautiful mountain in the ranks of the Korean Peninsula. The specialty of this mountain is not only because of its beauty but this mountain is also the birthplace of the leader of North Korea, Kim Jong Il. At the top of the mountain there is a huge crater lake named Chon. Visiting the mountain will be truly spoiled with amazing natural scenery. 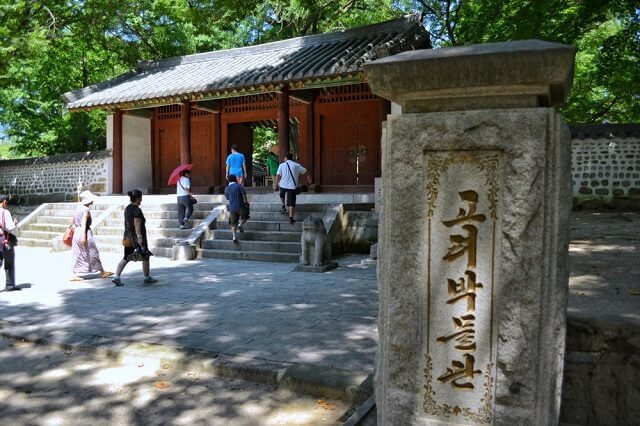 You can find many artifacts from the Koryo Kingdom in this museum. In fact, the Korean name itself is actually a derivative of the word Koryo. At present, the museum is located within a large campus in North Korea. This can be an interesting destination to visit because you can get to know more about Korean history starting until it finally splits into two parts. 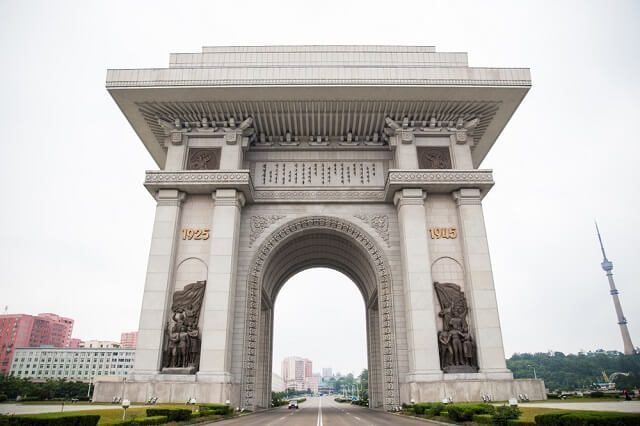 This is the second largest triumphal arc building in the world after the Monumento a la Revolucion in Mexico. The Arc of Thriumph building is located at north of Pyongyang and was used as a sign of North Korea’s strength against Japan in 1925-1945. You should come to that place at night because it will look more beautiful with a glowing light.

Most Popular Cities in Korea

You can find some of the most popular cities in both South and North Korea that can be interesting choices to visit while on vacation. 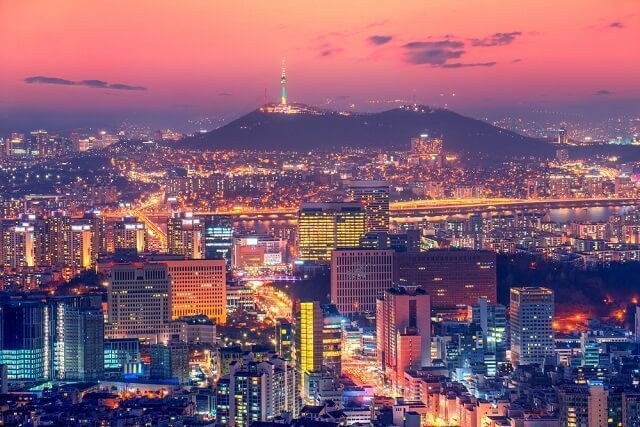 Visiting South Korea, you must come to this city. The capital of South Korea is known as a center for business, commerce and entertainment. You can choose a number of recommended tourist attractions in Seoul such as Lotte World, N Seoul Tower, Nami Island, Deoksugung, Changdeokgung, and others. In addition, you also have a culinary tour in Seoul with a variety of interesting food choices such as odeng, haemul pajeon, gamjadong, and many others. Exploring Korea is not enough if you didn’t visit this city. 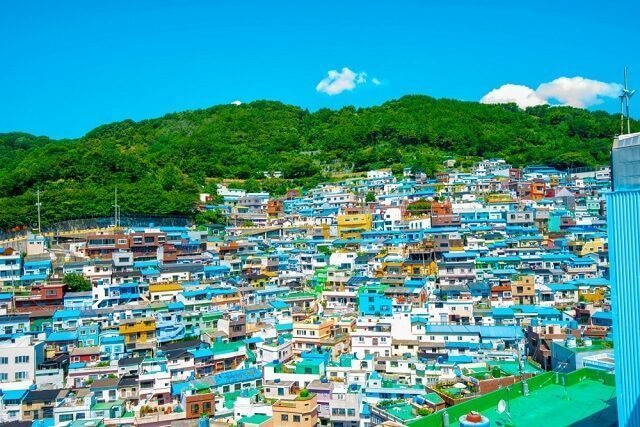 This is the second largest city in South Korea. The city has many tourist attractions to choose. One of the must visit while there is Beomeosa Temple which is the grandest temple in Korea. In addition, you can also visit Gamcheon that is a colorful village by the sea. Do you want to enjoy a variety of fresh and appetizing seafood? You can come to Jagalchi Fish Market and Busan Aquarium. 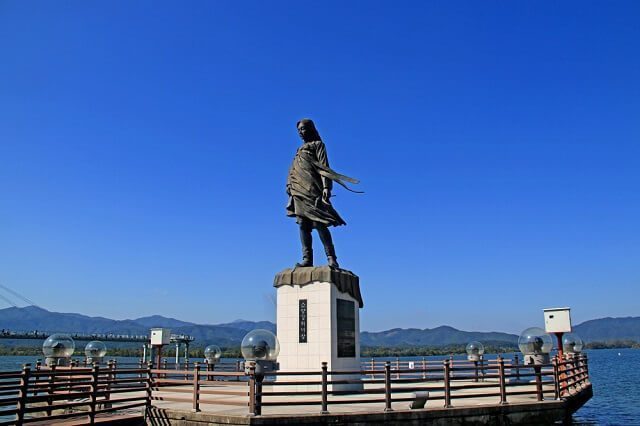 The city is famous for having many ski resorts and snowy mountains. In addition, you can also find other natural destinations there such as Seoraksan, Shinheungsa temple, and others. 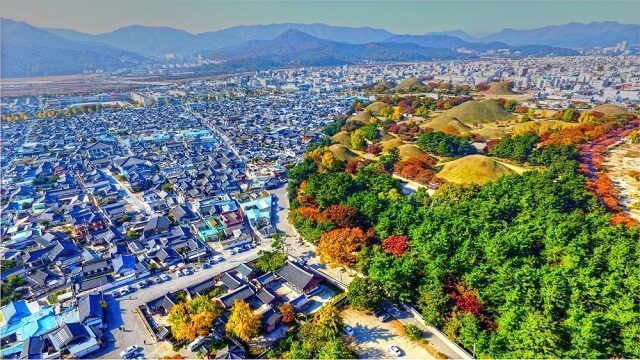 The city is often used as a location for filming Korean dramas or films in a past setting. Formerly, Gyeongju was the capital of the Shilla Dynasty, so many historical relics in the city. several places can be visited in Gyeongju such as Golgulsa Temple, Gyeongju Traditional Village, Shilla Millennium Park, and others. 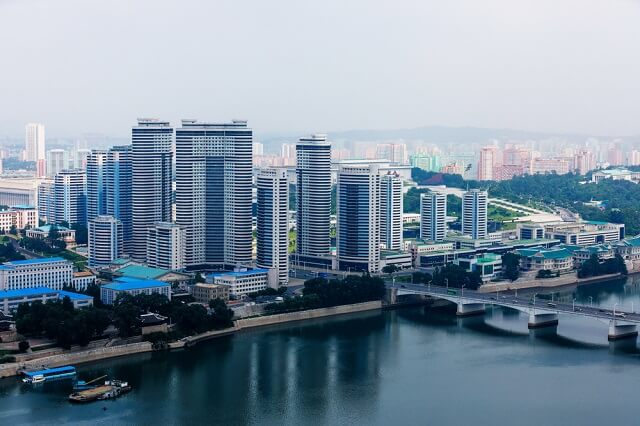 It is the capital of North Korea and is located in the northwestern region of Korea. There are many historical buildings in Pyongyang such as the Tower of Juche Idea and the Arch of Triumph. Pyongyang also has many parks, recreation areas, museums and a number of sports facilities. 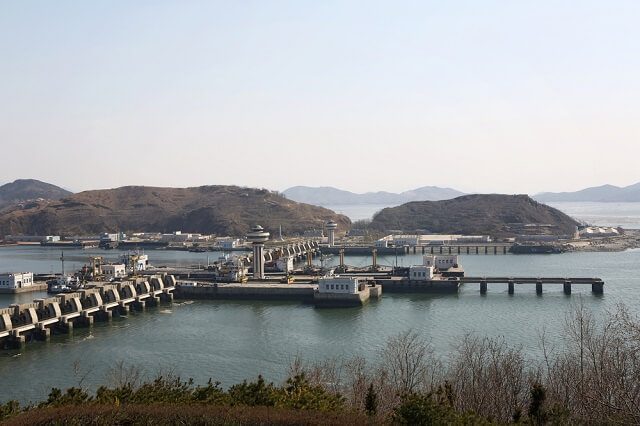 Nampho is known as a port city downstream of the Taedong River. In that city, you can find Wau Island and various other tourist spots with a natural concept. In addition, tourists who come to the city of Nampho also often visit the West Sea Barrage and several farms. 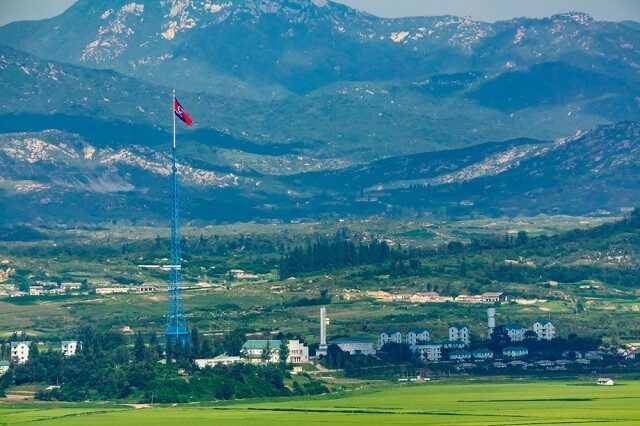 This city is a city of culture with a very thick element of Korean culture. The city is around 160 km from the city of Pyongyang that can be reached by private vehicles or take the train with the Pyongyang-Kaesong line. During the trip from Pyongyang to Kaesong, you can find the Sugok shop, which is very famous. In addition, you can also find several tunnels and fossils that are 180 million years old. 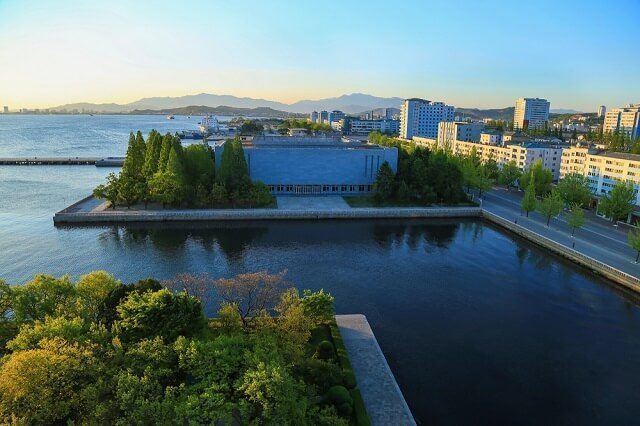 This city can be considered as one of the cities most visited by tourists. The Korean Representative Council has used Mount Kumgang as an international tourist area since June 11, 2014. In addition, in this city there is also Kalma Airport that is an international airport in North Korea. The city also has railroad lines, highways, and ports that can be transportation options to get to tourist sites. If you are exploring Korea, then this city is a must visit place.

Korean Souvenirs You Must Buy 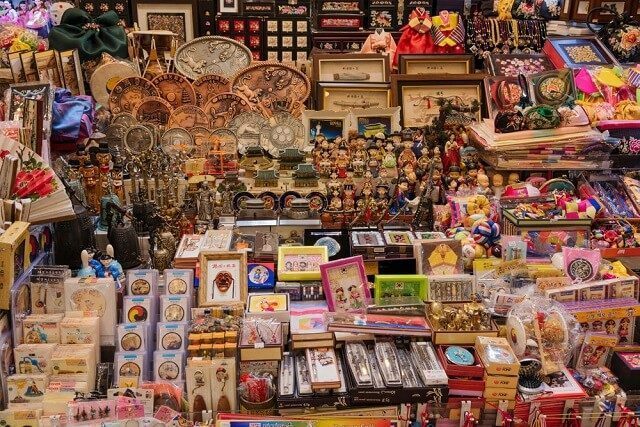 A trip to Korea is certainly not complete without buying various souvenirs for your family, friends, or just as a reminder of the trip you made. A number of Korean souvenirs can be recommendations for you:

You might think this is a too ordinary choice. However, can you find all the Korean food in your country? Therefore, you can buy packaged foods like ttokbokki, naengmyeon, or others. Korean food packaging is very practical and to cook it is very easy. 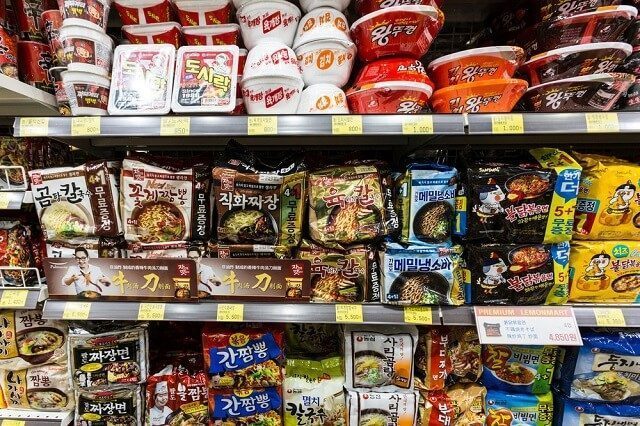 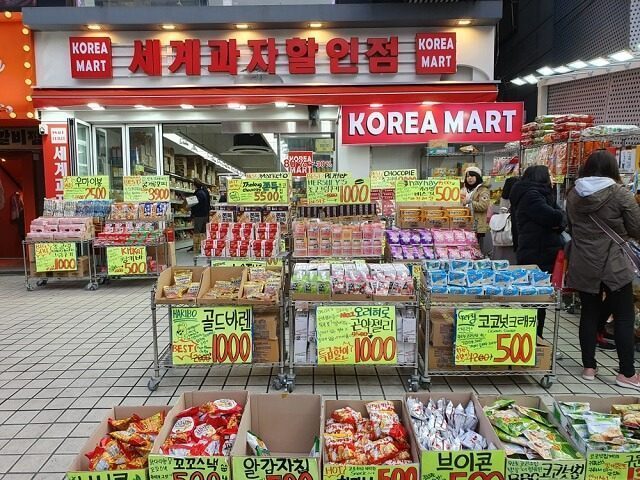 Other souvenirs that you can buy while in Korea are snacks. You can go to a local supermarket to buy a variety of Korean snacks such as chocolate pie, yogurt jelly, honey butter almonds, or other snacks. 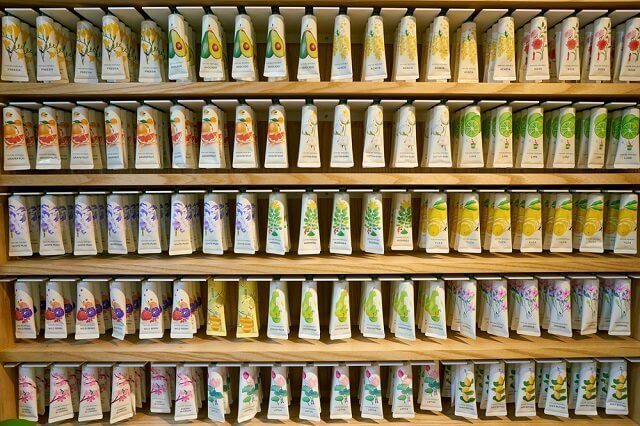 Korean beauty is very popular these days so you should not forget to buy various cosmetic and skin care products in your home country. You can buy lip balms, beauty tools, facial masks, or others. This can be an interesting souvenir. 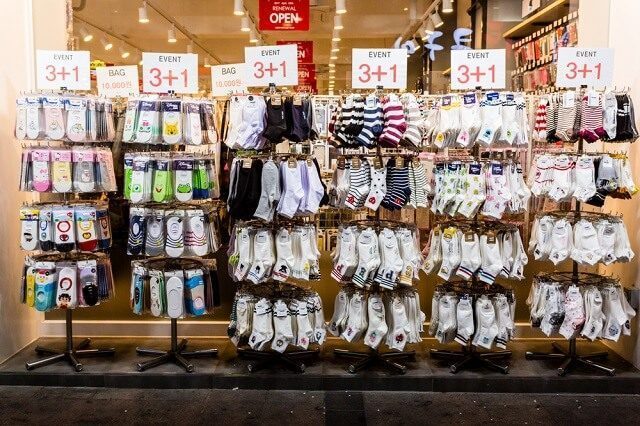 The design and appearance of Korean socks are very cute and are made from high quality cotton. If you are looking for cheap souvenirs, you can make these socks an attractive choice. 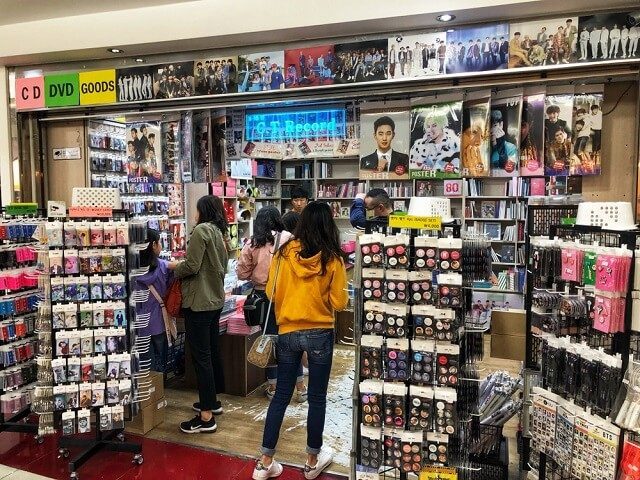 For K-Pop lovers, it certainly feels less without buying up various stuffs such as CDs, dolls, accessories, or other objects that suit your favorite K-Pop star when traveling to Korea. 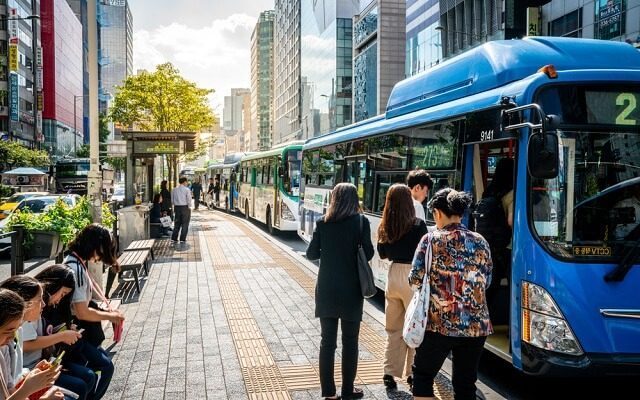 Buses in Korea are divided into city buses, feeder buses, main buses, metropolitan buses, out-of-town buses, and express buses outside the city. Each bus is distinguished by special colors. The fare for each bus is different. Make sure you choose the right terminal when you want to use the bus.

Quite a lot of cities in Korea can be reached by using subways. The cost is quite affordable. in addition, there are also long-distance intercity trains operating in Korea. Most of the intercity trains are fast trains so passengers can reach their destinations faster.

There are two types of taxis in Korea, namely regular taxis and exclusive taxis. Regular taxi fares start at 3000 won per the first 2 kilometers and 100 won per 144 meters. While the exclusive taxi fare is 5000 won for the first 3 kilometers and every 164 meters is subject to an additional 200 won. In fact, there are also jumbo taxis that usually use vans for large capacity passengers.

There are currently around 15 main airports operating in Korea. Incheon Airport in South Korea is the biggest and grandest airport in Korea. A number of major cities in Korea can be reached by plane.

It is certainly exciting visiting various tourist destinations in Korea. However, make sure to make careful planning before starting your trip, including your flight. You can start by ordering a flight ticket on Airpaz that can give you a lot of convenience.

Top 7 Things to Do in Incheon Airport During Layover

Coronavirus Symptoms and How We Can Prevent It from Infecting